skip to main | skip to sidebar

Under The Ivy: The Life & Music of Kate Bush

"The best music biography in perhaps the past decade" - Irish Times

Under The Ivy: updated paperback edition 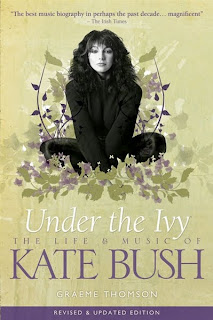 The updated paperback edition of Under The Ivy is now out. The original text has been revised, and there is a new chapter covering the period between early 2010 and early 2012. In all, nearly 15,000 new words, new interviews, and full coverage of the making of Director's Cut and 50 Words for Snow. Find the paperback at: Amazon UK, Waterstones, Play.com. Pre-order in the US at: Amazon USA, Barnes & Noble, Powells 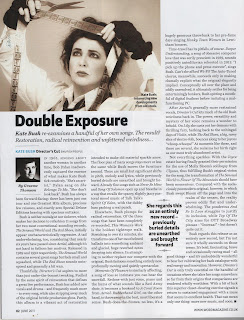 I have also reviewed the record for The National
Posted by Graeme Thomson at 18:46

Look What The Cat Dragged In... 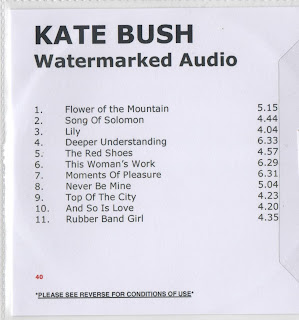 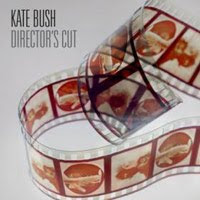 I've written about the new/old Bush album, Director's Cut, for the Guardian. Released on May 16, the album "revisits a selection of tracks from The Sensual World and The Red Shoes, re-recording some elements whilst keeping the best musical performances of each song".

You can read my thoughts here. Some of what I wrote was adapted for yesterday's news story about the album, and a few things were edited, so I've included the full text below:

So the rumours are true. Kind of. We’ll have to wait patiently – is there any other way to wait for a Kate Bush record? - for an album of new material, but the news that Bush will release Director’s Cut on May 16, an album of new versions of songs originally included on The Sensual World (1989) and The Red Shoes (1993), provides plenty to ponder.

Director’s Cut is a typically atypical Bush curveball: risky and potentially very exciting, but perhaps most of all surprising, because she has rarely spent much time raking over her past moves. Although her music is frequently defined by a haunting, mossy nostalgia and repeat excursions to the shadowy dream country of childhood, in her attitude to her work Bush has always been resolutely forward-facing.

There has been only one rather cursory greatest hits album in 33 years, reluctantly released in 1986 to capitalise on her greatest commercial triumph, Hounds of Love.

She hasn’t toured since 1979. She has chosen not to release her Live at Hammersmith Odeon video, recorded on that tour, nor her collection of groundbreaking videos, Hair of the Hound, on DVD. Deluxe editions of her albums, freshly scrubbed and featuring bonus discs of outtakes and rarities, have been notable by their absence.

For an artist as fully in control of her career as Bush, these are conscious creative choices. She once said: “I can’t possibly think of old songs of mine because they’re past now. And quite honestly I don’t like them anymore.”

Director’s Cut might well suggest a softening in this attitude, but it’s telling that, in finally looking back, she has chosen not to simply disinter but to reinvent: to build something new on the skeletons of her old songs.


Rather than The Sensual World and The Red Shoes, we might have expected her to revisit her earliest records. On her first two albums, The Kick Inside and Lionheart, she wasn’t in control of the production process and the results often felt to her like a compromised, overly polite version of the sound she heard in her head. The Whole Story included a version of "Wuthering Heights" with a new vocal and a beefed up sound, but few would claim that it improved on the original.

However, since 1980’s Never for Ever, and certainly by The Dreaming in 1982, she had been a driven, obsessive, autonomous presence in the studio, spending months and later years building self-contained musical worlds entirely to her own exacting specifications. Her back catalogue is generally agreed to be one of the finest and most carefully cultivated in pop, but it’s not flawless, and the fact that of all her records she has chosen to revisit The Sensual World and The Red Shoes makes sense: the former has some fabulous songs but in places sounds oddly flat and somehow squeezed, while The Red Shoes is her most predictable album, recorded at a time of personal upheaval and which too often fails to soar. Bush has in the past been critical of both.

Director’s Cut will keep some elements of the original recordings of a selection of songs – I haven’t yet seen a track listing - from these records while introducing new ones. It will be fascinating to hear what she has chosen to change, and add, and whether these will be radically revised interpretations or mere tweaks. Her voice, deeper and more resonant these days, will certainly be one point of difference, while production techniques have altered beyond recognition since these albums were made.

Should we worry that this news is evidence of a songwriter in decline? I don’t think so. Her last album Aerial, released a little over five years ago, was evidence of a muse in rude if unhurried health, while we are told she is working on new material which the grapevine suggests will be released before too long.

If Director’s Cut is perhaps anti-climactic for those waiting for new material, here’s one final thought which falls somewhere between sobering and thrilling: this release may be the closest we ever get to hearing Bush do something which most other artists regard as routine, which is to reinvent and reappraise their songs by performing them on stage. She may have no desire to play live or be the dazzling visual presence she once was, but this is the first time since her tour in 1979 that Bush has made an effort to reinterpret and recontextualise her back catalogue. Not a tour of life, perhaps, but a significant reimagining nonetheless. Unusual, unexpected, a little bit strange, Director’s Cut is a classic Bush move. I can’t wait to hear it.

Graeme Thomson is author of Under the Ivy: The Life & Music of Kate Bush (Omnibus Press)

Also some kind words from the excellent The Anti-Room
Posted by Graeme Thomson at 17:42

There's been some rumours flying around today about a new Kate Bush album coming out this year. This from a well-placed source:

“Right to be cautious. These rumours always surface this time of year and there's no reason to think this is any different. We're hopeful that a new record may emerge this year, but I was saying the same to people in Jan of 2010 so who knows... only Kate herself. Let's keep fingers crossed!! I'm feeling optimistic."

So: It's either "as you were" or "reasons to be cheerful", depending on your outlook. Crossing our fingers can't hurt though, can it?

EDIT: News today (20.01.11) from David Munns of the reissue of four albums - The Dreaming, Hounds of Love, Sensual World and Red Shoes - later this year, presumably with extra tracks, but still nothing concrete about the nature of any new material that might be arriving in 2011, or indeed firm confirmation that something will definitely be coming this year at all, or whether it will be released through EMI. I feel certain there will be more news on those fronts soon. 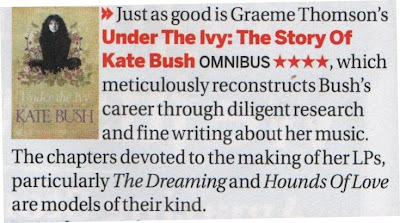 The best music biography in perhaps the past decade... an absorbing, painstakingly researched and downright fascinating book.... After this magnificent read... you will come to appreciate her work that bit more. And if that isn’t the point of music biography, what is? – Irish Times

Mapping a path through the life of this enigmatic writer is not easy, but Graeme Thomson's superb book manages to do just that.... A compelling examination of an artist in a constant state of becoming - Mojo

A masterful biography. Thomson's descriptive language is gorgeous.... he delves into lost parts of her career with glee – Jude Rogers, The Word

Respectful, fascinating and full of insight... Thomson gets beyond the traditional party line [and] challenges the perception of Bush as some waif-like ingénue – Mark Blake, Q magazine

[An] excellent biography.... expertly unravelling her contradictions and motivations. In addition to his faultless research... Thomson’s prose is often as rich and as eloquent as Bush’s own writing - Terry Staunton, Record Collector

A thoughtful and rewarding book... Thomson does [her artistry] justice with some fine writing.... he is excellent on Bush’s ethereal early life as he drives at the mysteries of her creativity – Jon Hotten, Classic Rock

Thomson has done a fantastic amount of research, is extremely sympathetic to his subject, and... can hit on exactly the right thing to say – Toby Litt, New Statesman

Under the Ivy presents a different portrait [than] the tabloid press caricature.... A plausible picture emerges of a hippyish, perfectionist individual, single-minded in her artistic vision and unaffected by fame - Ludovic Hunter-Tilney, Financial Times

Sensitive, empathetic and exceptionally well-researched biography... the impressive roster of musicians, studio personnel and industry figures who agreed to talk to him speaks for itself – John O’Connell, The National

Meticulously analyses outstanding moments... debunking myths of the ethereal sprite and the dotty recluse – The Herald

Graeme Thomson
I make a living writing about music and other things for the Guardian, The Word, Uncut, the Observer, New Statesman and the Herald. I've written four books: Complicated Shadows: The Life & Music of Elvis Costello (Canongate, 2004); Willie Nelson: The Outlaw (Virgin, 2006); I Shot a Man in Reno (Continuum, 2008) and Under The Ivy: The Life & Music of Kate Bush, due in May 2010 through Omnibus Press.